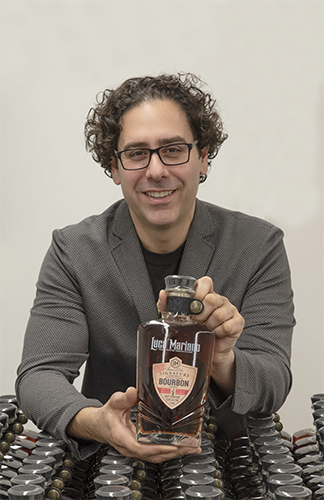 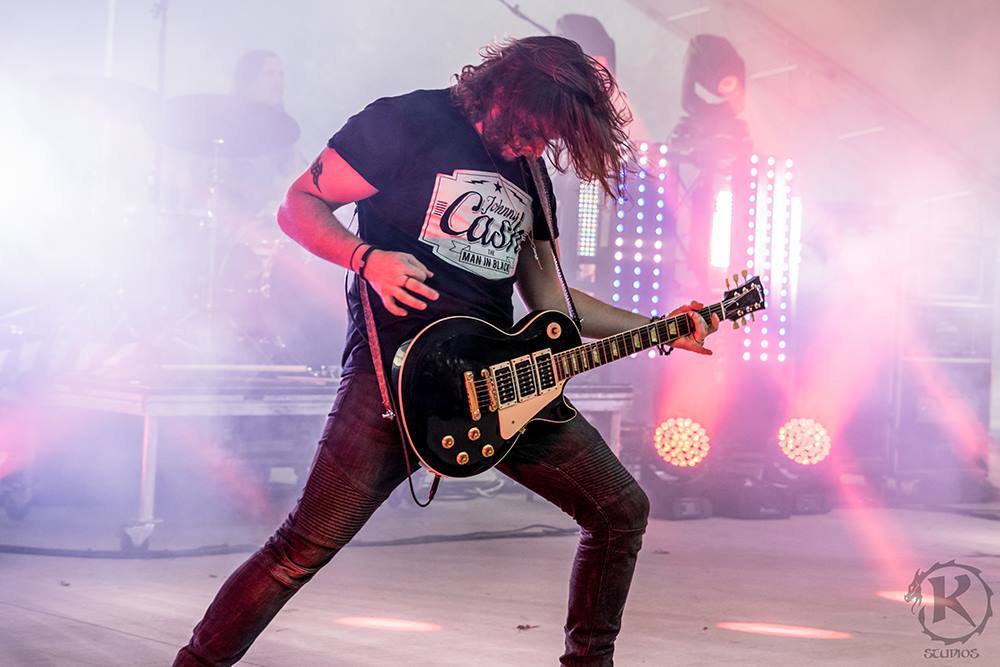 Kenny Fuller is the lead guitarist and songwriter for The Old Americana Band. In 2008, the fifth generation Texan made the pilgrimage to the music city, Nashville, Tennessee. After graduating from Belmont University in 2011, he immediately joined the National Touring Circuit, playing guitar for major label artists. Being on the road for years gave Kenny the inspiration he needed to fuel his songwriting career. With every new city he found a new story to tell and a new friend to remember. With an extensive catalog of heartfelt songs, Kenny Fuller, Luca Mariano Distillery, and The Old Americana Band are determined to bring relevant authenticity to audiences across America and beyond. 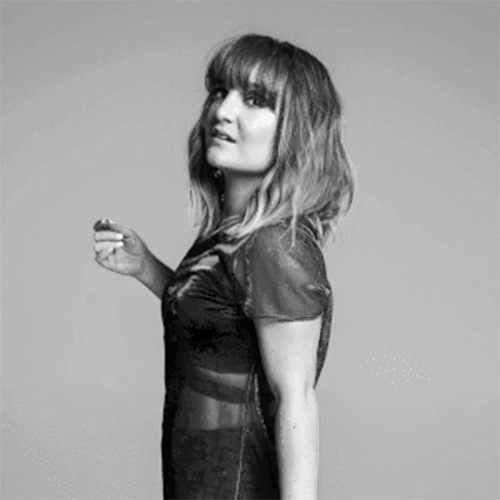 Raised in the wild of Kodiak, Alaska, Rachele Lynae has been making her mark in Nashville as a talented singer-songwriter known for her storytelling lyrics with a mix of country, pop and guitar-driven rock, since the release of her debut album in 2014. The critically acclaimed album, produced by country star Jamie O’Neal and released by Momentum Label Group, showcased Rachele’s depth and diversity as an artist with all 12 tracks being co-written by Rachele. Rachele has since released “Whole Lotta Nothin” which was included among Apple Music’s Country A-List. A seasoned performer, Rachele’s career highlights thus far include taking her high-octane tour all across the country, sharing the stage with country’s hottest stars like Keith Urban, The Band Perry, Chris Young, Kelsea Ballerini, Randy Houser, the late Leon Russell, and many more. She has sung the national anthem for the Boston Celtics and the New York Mets, and has been featured in All Access, Billboard, Country Weekly, PEOPLE Country, The Huffington Post, and FOX news to name a few. 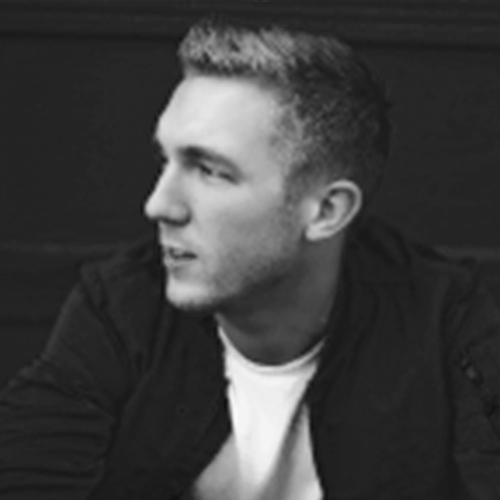 Growing up singing in the church in his hometown of rural New Paris, Indiana, from an early age Jordan Kirkdorffer was influenced by a vast array of eclectic artists, ranging from Vince Gill, Garth Brooks and Trisha Yearwood to Maroon 5, Justin Timberlake and Whitney Houston. Jordan first pursued a career in the business world as an accountant, thinking singing would only be a hobby, but then unexpectedly found himself on the national stage as a contestant on NBC's The Voice. What began on a whim turned into an entire career change for Jordan. From that moment on, music has been his sole focus. Adam Levine, front man of Maroon 5, described him as multi-faceted, a country singer with aspects of soul and pop. Blake Shelton chose Jordan to be on his team, saying he was someone who was different and special. After exiting The Voice, Jordan didn't waste any time pursuing his passion. He quickly got to work, writing music and playing shows in Macon, Chicago and his first-ever hometown show in Goshen, Indiana. 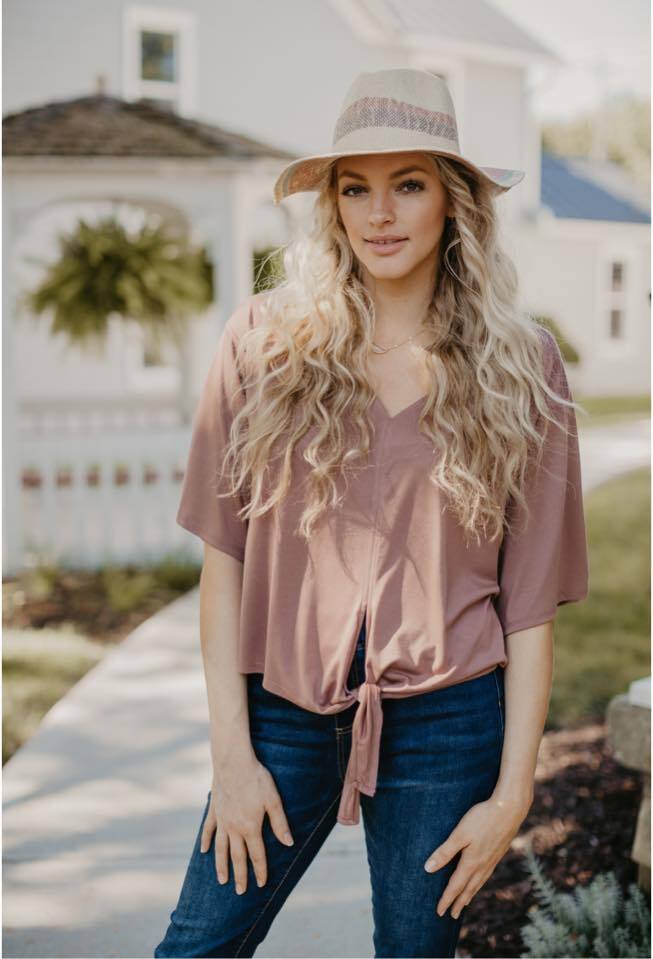 Alexis Gomez is much more than just another fresh voice in music. She is multi-talented and skilled on many instruments. As a teen growing up in Ohio her talent started to shine as she won contests and garnered professional interest within her home state. Alexis’s talent as a musician, along with her clean vocals have contributed greatly to her success. She was a Top 16 Finalist on the hit FOX show American Idol (Season 14) and a Top 10 Finalist in the Nash Next National Contest in 2017 to find the next Rising Country Star. Since then she has continued her rise opening for nationally renowned artists including Randy Houser, Montgomery Gentry, Midland, Cassadee Pope, Clint Black, Old Dominion and many others. 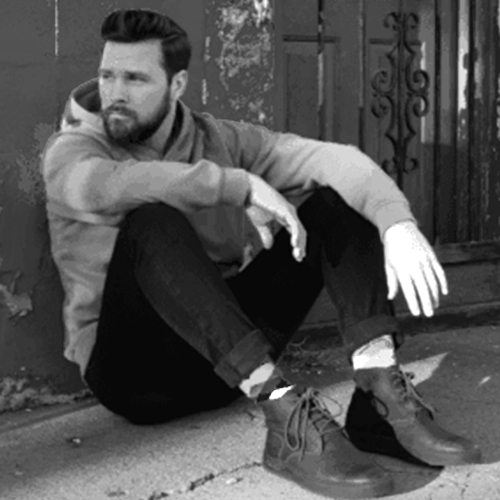 David DeVaul is an Iowa native who resides in Nashville, TN as a professional songwriter for Reviver Publishing. David has songs recorded by country artists Josh Gracin, Thompson Square, Abby Anderson, Aaron Goodvin, & many more along with Urban and Latin pop artists Rayvon Owens and Jencarlos Canela. He also showcases his own artistry with an Acoustic Hip Hop sound that you can find under David DeVaul on all major streaming platforms. 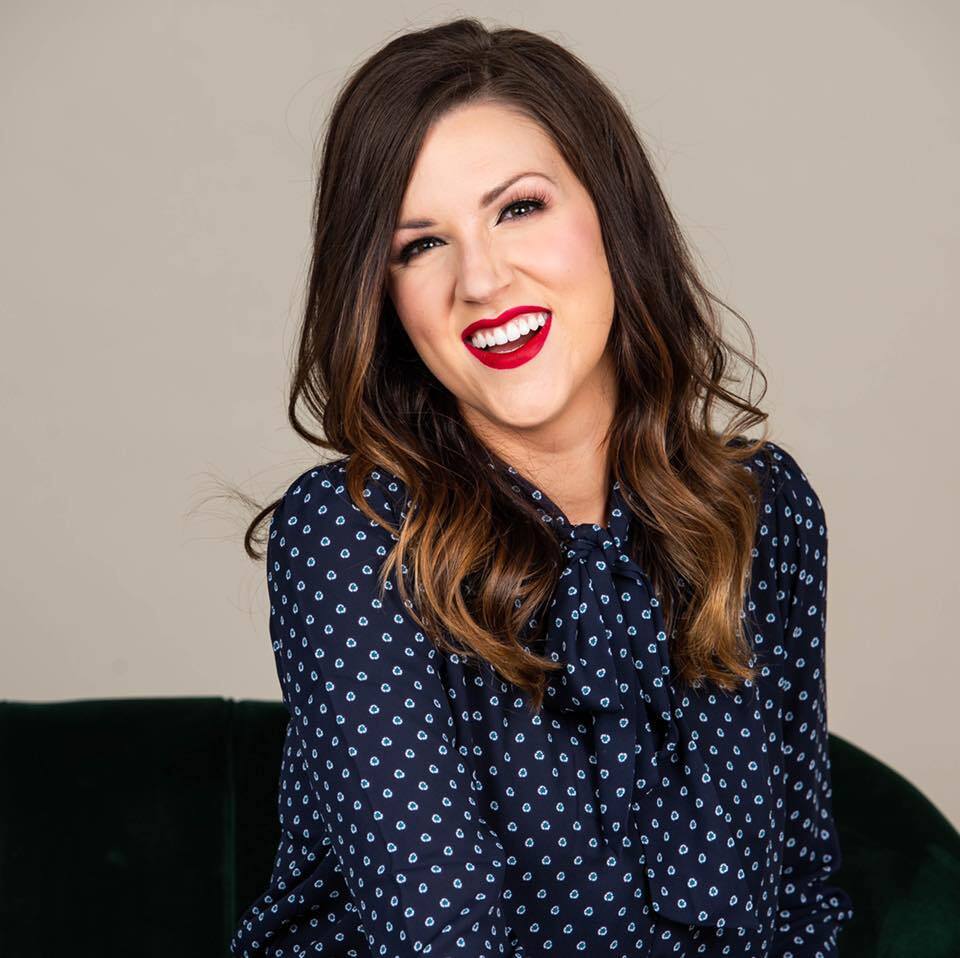 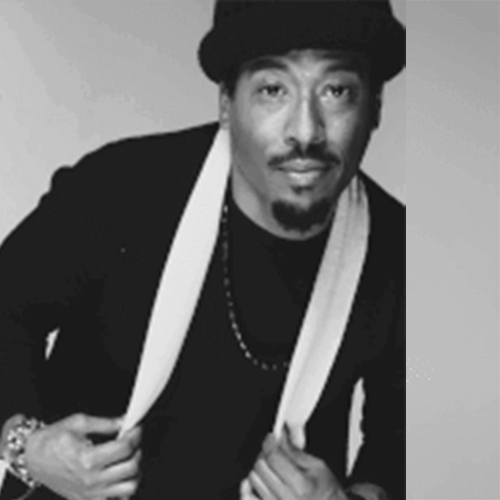 Franc West spent his childhood watching his mother lead and direct the church choir. Inspired, he quickly learned to play the piano and drums, but didn't discover his voice until joining the Navy as a cadence caller. Franc first started his musical career in Cleveland, Ohio at an open mic night at Sunset Lounge. After nearly a decade of songwriting, recording and open mic nights, he moved to Atlanta to pursue music on a larger scale. Prior to his move to Atlanta, Franc was an R&B / soul performer in the Cleveland area and was a part of the Cleveland Jazz Orchestra. Franc was a Top 24 Finalist on the NBC show The Voice (season 15.) Franc had wowed the judges with his voice and ultimately ended up on Team JHUD during his time on the show. Since The Voice, Franc has been performing at shows in Chicago, Cleveland and Nashville, recorded music for the Netflix series Stranger Things, released his album called Taxi, and has been featured in the Triumph Magazine, Cleveland. 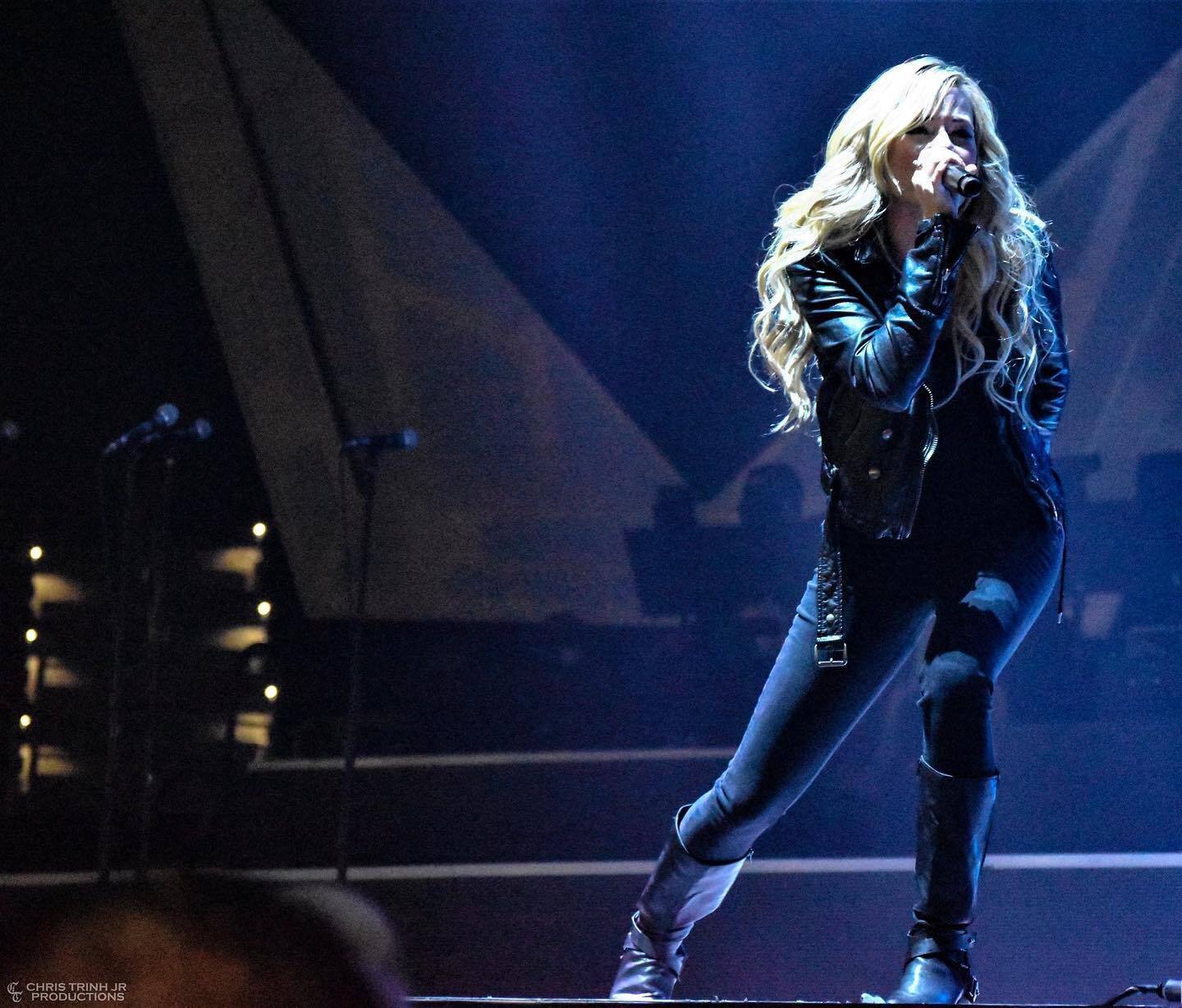 Born and raised in Temple, Texas, Kayla Reeves began singing at four years old. By age seven, she started the first Texas blues band. By age 13, Kayla toured the southeast portion of the US with the Wes Jeans Band. She has since had the honor to share the stage with Blues and Rock legends such as Pinetop Perkins, Buddy Miles, Jonny Winter, Joe Bonamassa, Robin Zander, Al Pitrelli, Leslie West, and many more. In March of 2010, Kayla signed to be the lead singer for the Trans Siberian Orchestra (East). 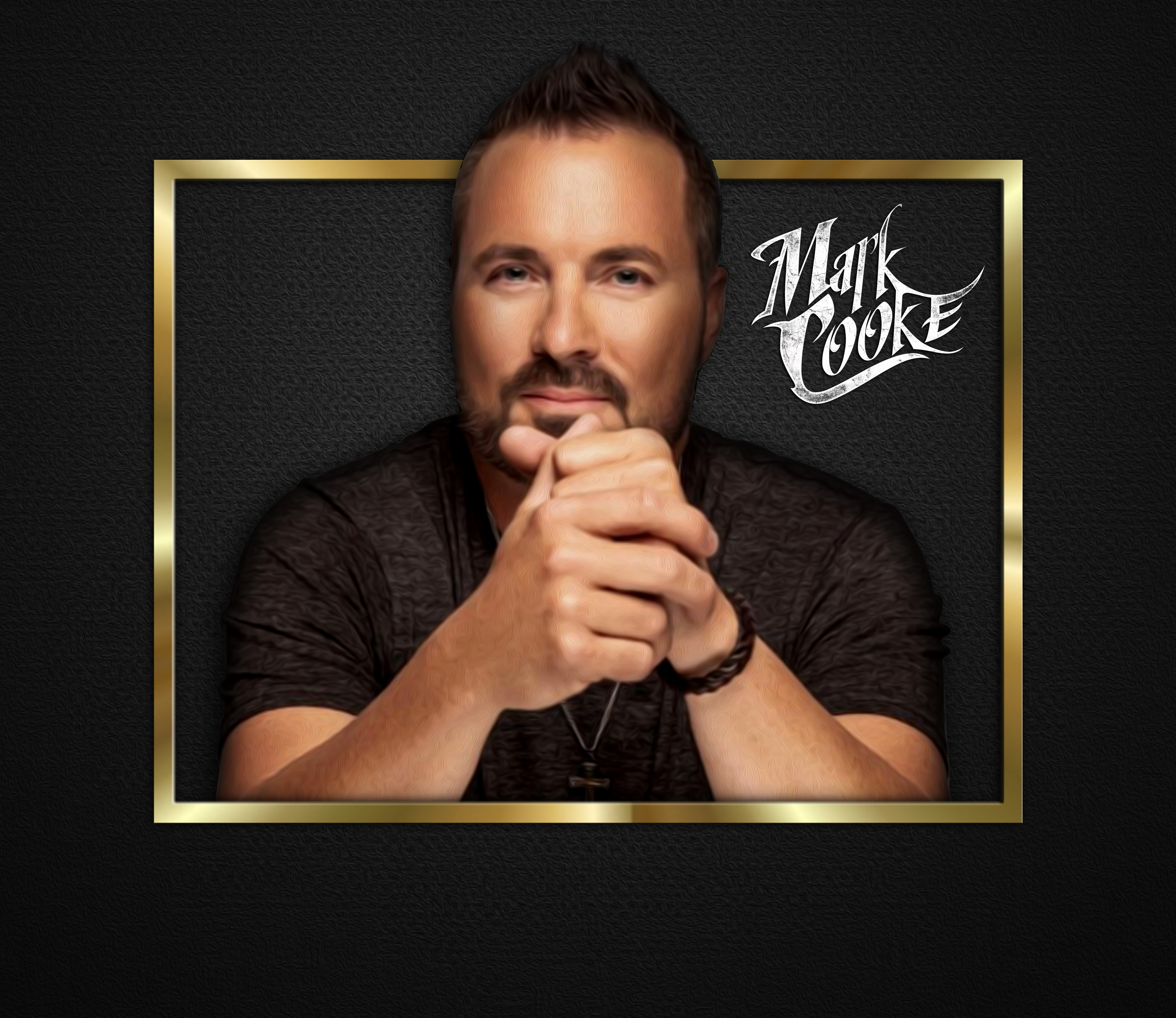 Born and raised in East Texas, Mark grew up singing and writing songs of all types, especially country. He found comfort in country music. After graduating high school, Mark took a step away from music and joined the U.S. Navy. As he sailed around the world, he enhanced his vocal and writing skills. Mark landed several songs on the radio, charting two songs, with one in the top 40 as well as the video for, “Stay With Me Tonight”. He has recently combined his music and his outdoorsman skills by starting two upcoming fishing and hunting shows. You can visit markcooke.com to learn more about himself, Gatlin Ridge Outdoors and 270outdoors